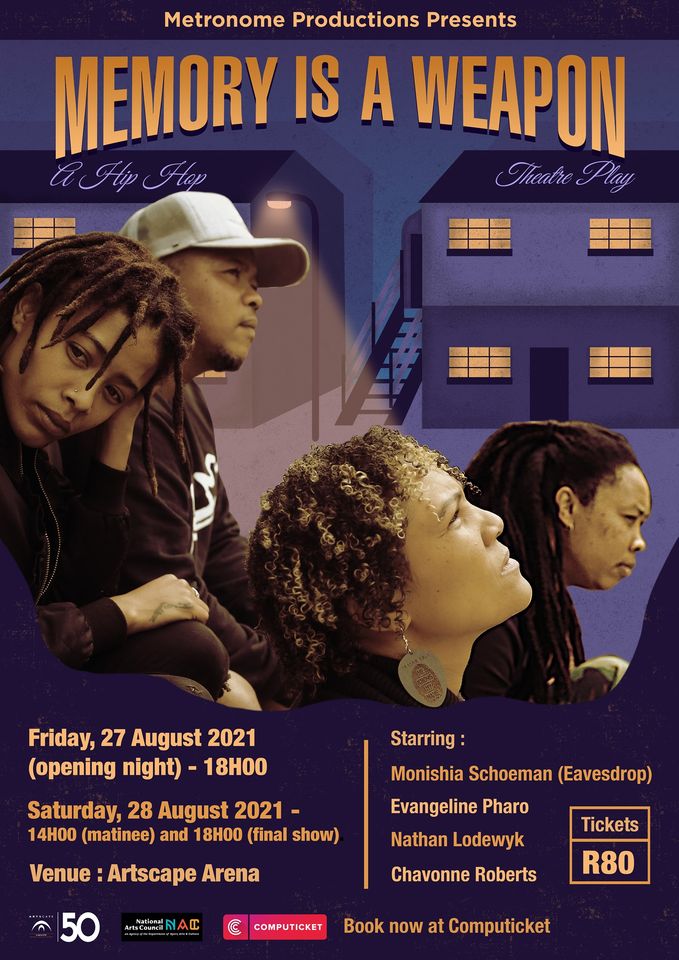 Memory is a Weapon is a story that follows the journey of three young artists, trapped in what feels like a vibratory prison of the Cape Flats.
In pursuit of their dreams, they have to grapple with the limiting and oppressive forces that threaten to inhibit them from living up to their full potential and finding a deeper purpose. In the community, they come up against many challenges which require them to practice a kind of mental combat in order to stay focused and hopeful. At home, they battle the generational struggles that have been passed on and reproduced in the family structure where choosing the road-less-travelled is seen as an act of rebellion.
Our three heroes learn that ultimately these limitations exist in their minds and that they have the power to choose to overcome it, as long as they do not fall into the trap of forgetting their purpose, their dreams, their inner calling.
Memory Is A Weapon is written, directed and produced by Monishia Schoeman, who is also a member of the cast, starring Evangeline Pharo, Chavonne Roberts and Nathan Lodewyk.
Taking place at Artscape Arena on the 27th (18:00) and 28th August (14:00 – matinee / 18:00 – final show).