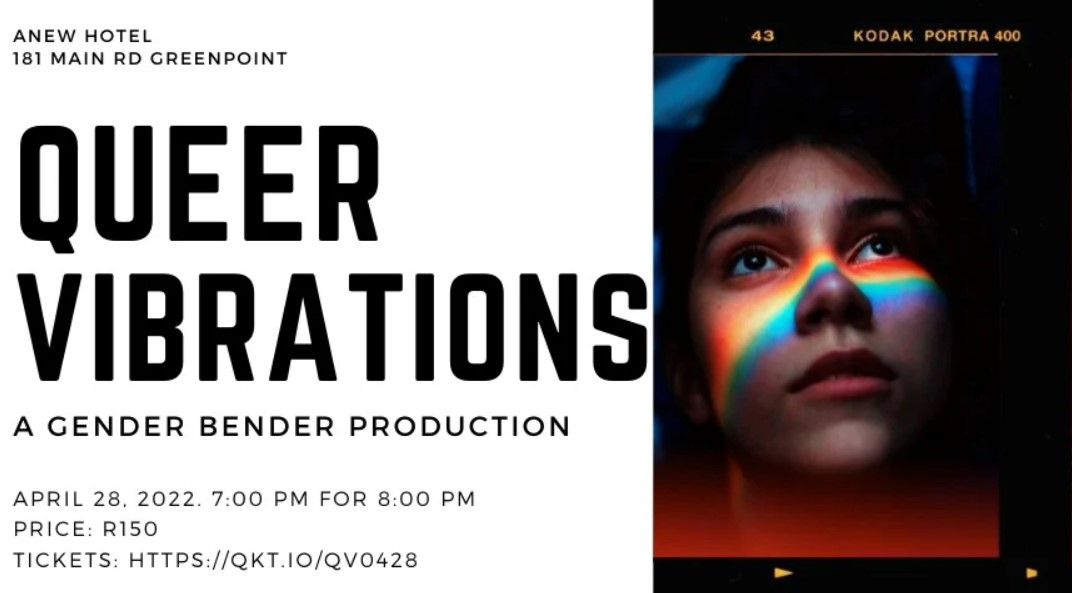 The Gender Bender Show invites you to have fun on 28th April at ANEW Hotel Green Point.

Join us as we celebrate the mysterious inherent beauty of fluid sexual and gender identities in the next instalment of Queer Vibrations, a celebration of performance art and gender exploration.

By pushing the envelope of gender conformity, fashion and human spectacle through expression of elaborate, glamorous and often satirical performance art forms, our performers play on topics that are often considered taboo through splendid displays of diversity and transformation.

Your host on this journey of discovery is the sinsational Wolf.Steel, who hopes to both educate and entertaint!

What is gender bending?

“A gender bender is a person who disrupts, or “bends”, expected gender roles. Gender bending is sometimes a form of social activism undertaken to destroy rigid gender roles and defy sex-role stereotypes. Some gender benders identify with the sex assigned them at birth, but challenge the societal norms that assign expectations of particular, gendered behaviour to that sex. This rebellion can involve androgynous dress, adornment, behaviour, and atypical gender roles.” – Wikipedia